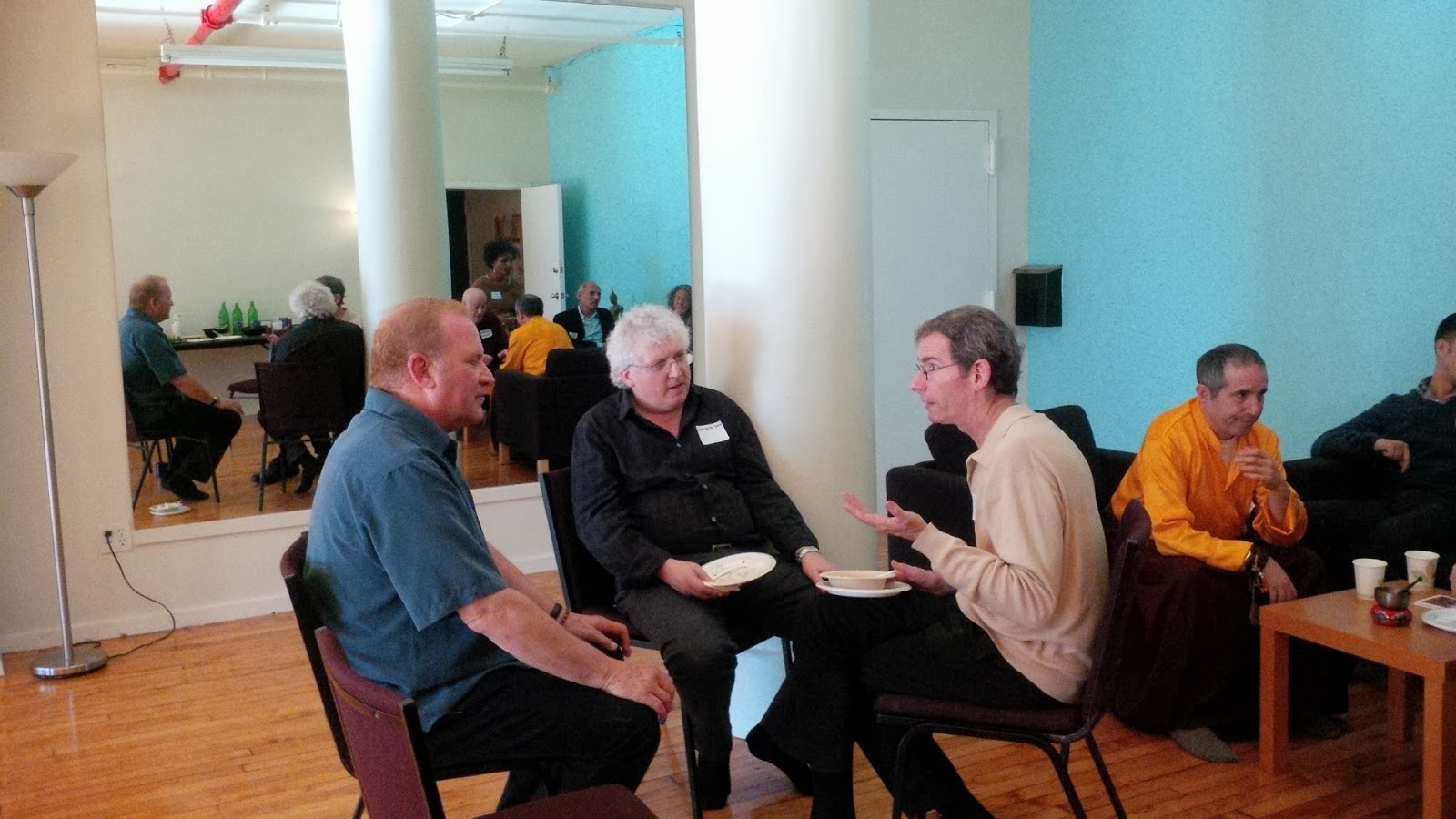 As Karma Thinley Rinpoche flew to Toronto, Lama Jampa and Dechen Dolma travelled to New York to attend a dharma teachers’ ‘get-together’ called by Lama Jampa’s friend Lama Surya Das from the Dzokchen Institute.
The event was hosted by the New York Insight Centre on Monday, 18 November and, as well as Lama Jampa and Lama Surya, attendees included prominent American teachers such as Jack Kornfield, Roshi Enkyo and Tulku Sherdor. So all the main streams of Buddhism in the US – Vajrayana, Therevada and Zen – were represented in the informal discussions that focused on “‘taking the temperature’ of contemporary dharma.
Two days later Lama Jampa met with the Tricycle editorial team at their office in Manhattan. In addition to discussing projects, the conversation between Lama Jampa, James Shaheen, Tricycle’s editor, and all other team members ranged over the key factors at play in modern Buddhism. 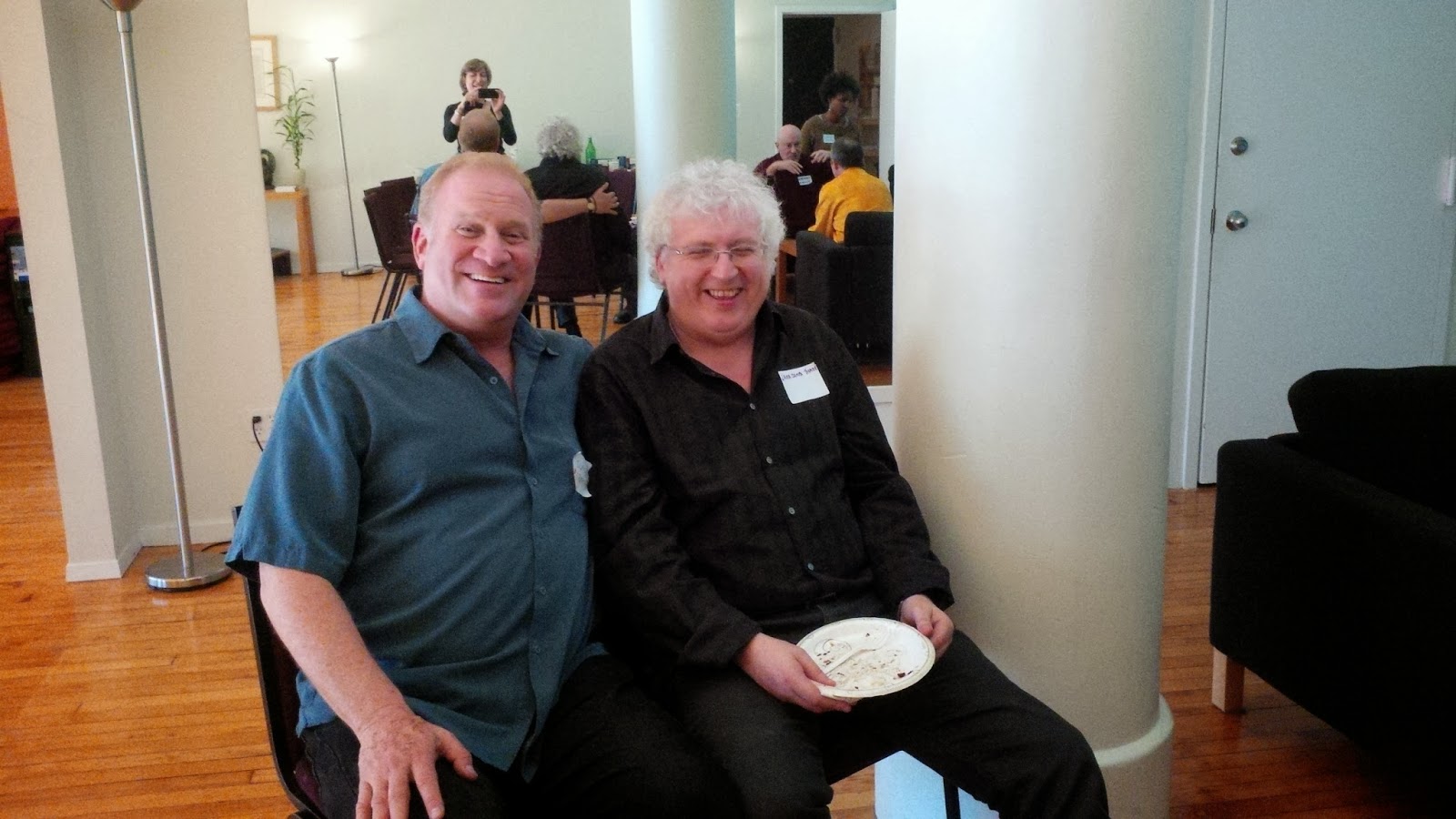 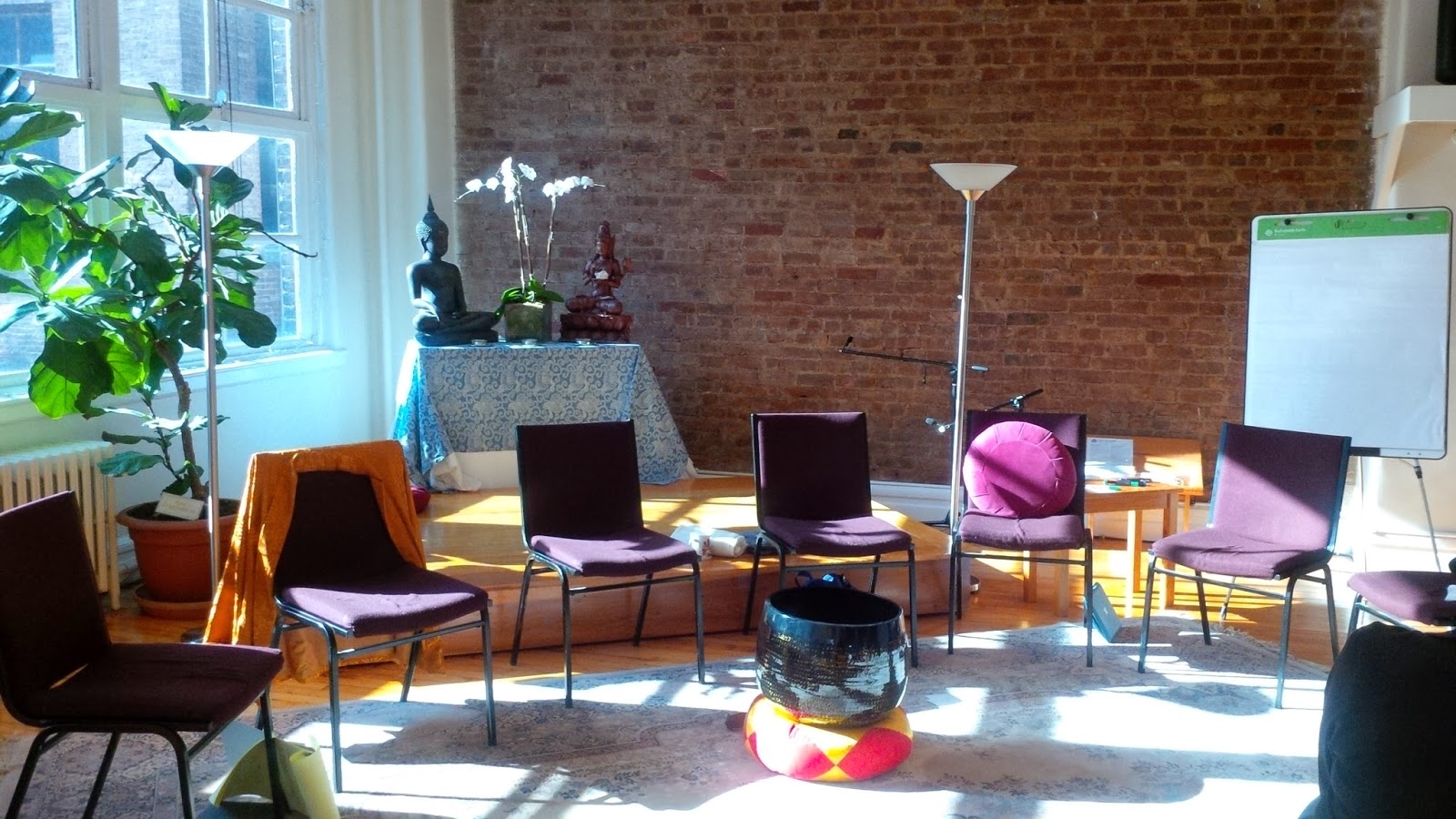 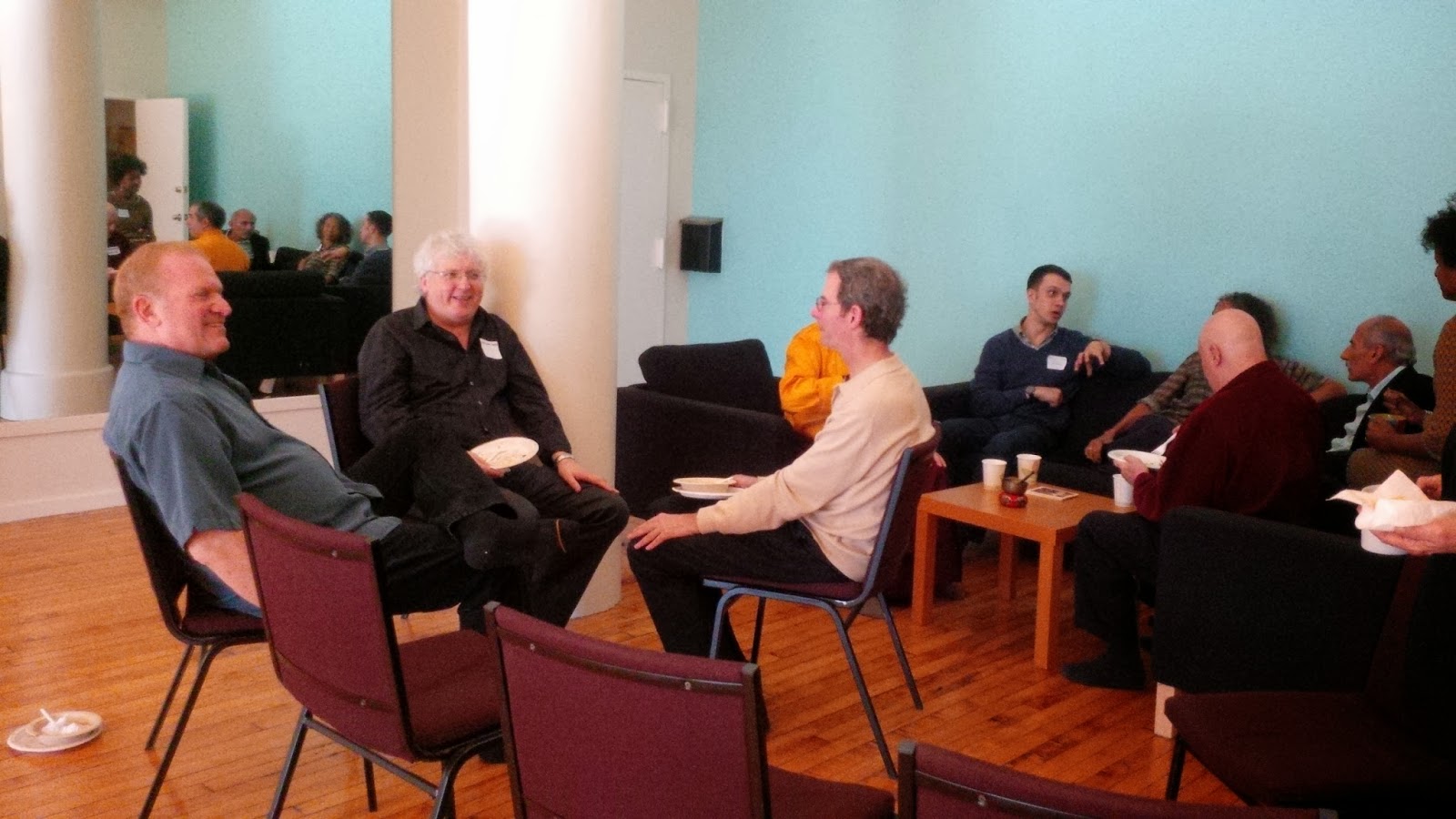