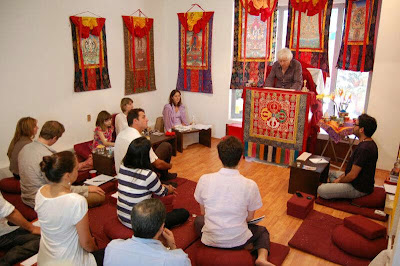 Lama Jampa visited Sakya Dolma Ling in Mexico City during 8 to 16 April for the seventh time. This was particularly auspicious as Sakya Dolma Ling had just moved to new premises in the beautiful area of Coyoacan in the South of the city. During his visit, Lama Jampa bestowed a number of initiations (Green Tara, Yellow Dzambala, Vajrasattva and Vajrapani) in the new centre and taught Geshe Langri Thangpa’s Eight Verses of Mind Training together with Geshe Chekawa’s commentary. To close the visit, a session of questions and answers was held with Lama Jampa and his Mexican disciples who were able to ask a number of practical questions of Lama Jampa. All events were well attended.

Lama Jampa’s visit to Mexico also heralded the publication of a new edition of his booklet, Discovering the Causes of Happiness, in an extended Spanish version. This edition, which has a more formal format than previous versions, will be sold in bookshops all over Mexico and in California as well. 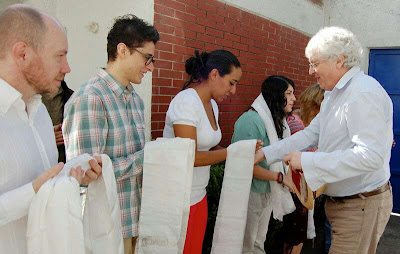