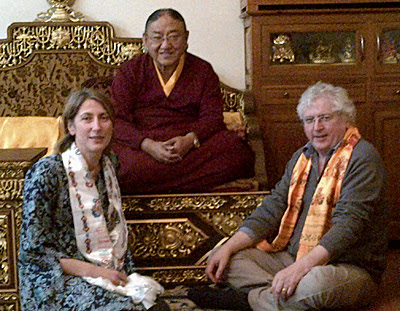 On November 13 Lama Jampa Thaye and Dechen Dolma flew to New Delhi to begin their two week trip to India. After spending a day in New Delhi they travelled to Rajpur to stay at the Phodrang of His Holiness Sakya Trizin for four days. During this time His Holiness bestowed private teachings including the transmissions for works by Sachen Kunga Nyingpo and Jamyang Khyentse Wangpo.

Lama Jampa and Dechen Dolma left to return to Delhi on Monday November 19. On the following day, His Holiness and family departed for Lumbini where the annual Sakya Monlam began on November 22. 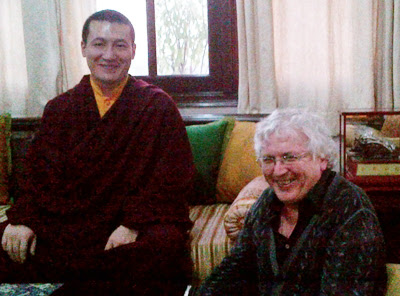 At the suggestion of His Holiness Karmapa, Khenpo Mriti, the administrator of the Karmapa International Buddhist Society had invited Lama Jampa to teach at The Karmapa International Buddhist Institute (KIBI) in Delhi. This was during the course of a one month Shamatha meditation programme for beginners. Lama Jampa and Dechen Dolma stayed at KIBI for seven days and one hundred people from various countries were present for the course during which Lama Jampa taught for five days on the Four Dharmas of Gampopa. 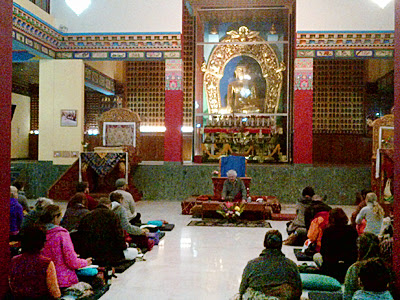 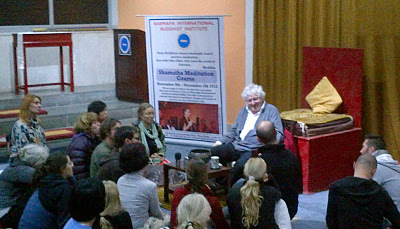 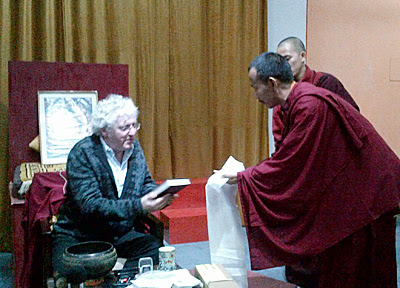 During their stay at KIBI, Lama Jampa and Dechen Dolma also met privately with His Holiness Karmapa to discuss future plans and developments in the Kagyu world and in particular His Holiness’ special concern with the need to provide Buddhist schools. His Holiness will soon travel to Bodhgaya where the annual Karma Kagyu Monlam will begin in mid-December. Shortly afterwards he will fly to Hong Kong to give two weeks of teachings.

Lama Jampa and Dechen Dolma returned on November 27 to London where Lama Jampa will be teaching this Saturday December 1. For details of the event please click here.