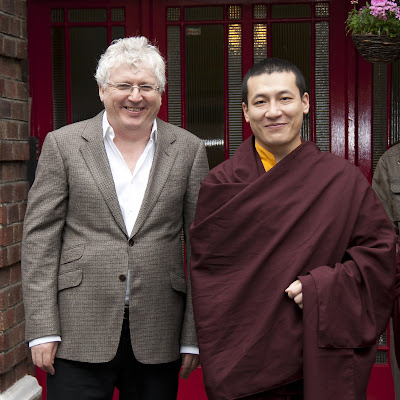 His Holiness Karmapa visited our Kagyu dharma Centres in the United Kingdom last week from 8 to 13 July, travelling in an entourage which included Tsultrim Namgyal (who was the personal servant of the 16th Karmapa).
His Holiness arrived in Manchester on Sunday, 8 July, where He was welcomed to Kagyu Ling by Lama Jampa Thaye, Dechen Dolma and Kagyu Ling sangha members. On the Monday His Holiness travelled to Kagyu Dechen Dzong, Harrogate, and bestowed the initiation of Milarepa, one of the founding fathers of the Karma Kagyu tradition.
His Holiness gave a well attended public talk on the dharma in Manchester on Tuesday evening which saw an extensive question and answer session following the conclusion of His Holiness’s talk.
On Wednesday and Thursday, His Holiness bestowed the major anuttara empowerment of Gyalwa Gyamtso, one of the principal yidams of the Karma Kagyu tradition. His Holiness emphasised the significance of the various vows acquired by attendees by virtue of receiving the empowerment, particularly the vows and pledges of the Vajrayana, and the necessity for understanding and scrupulously maintaining these vows.
His Holiness’s visit concluded on Friday, 13 July when He departed for London for the next leg of His European tour where he was hosted by the Diamond Way Buddhist Centre. 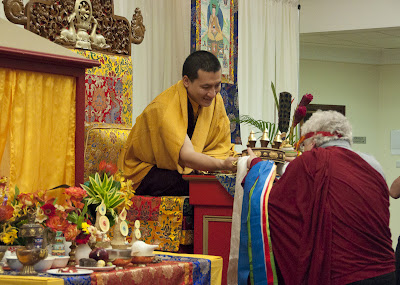 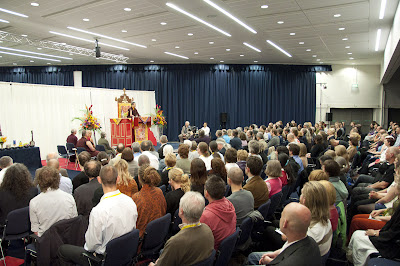 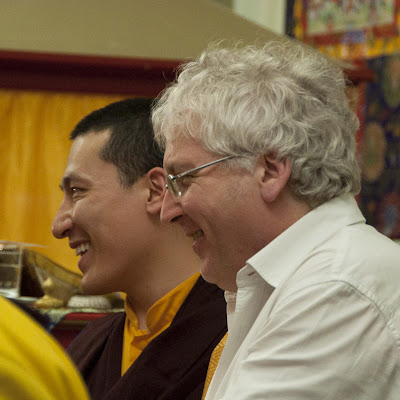 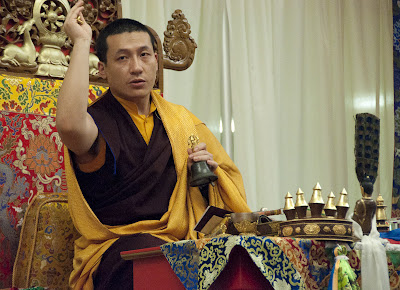