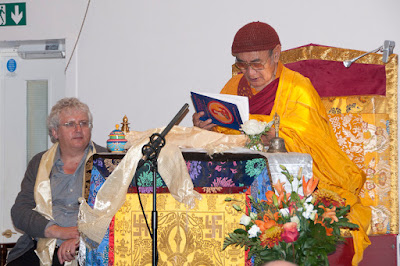 On the weekend of 5 to 6 November Karma Thinley Rinpoche stopped over in London on his annual journey from Nepal to Canada having spent several months this year in Nepal and also visiting Tibet with his attendant, Kunga, during this time. Rinpoche was hosted in London by Lama Jampa Thaye and Dechen Dolma.
On the Saturday, Lama Jampa asked Rinpoche to bless members of the sangha who happened to be visiting London at that time. Rinpoche kindly agreed to Lama Jampa’s request and also bestowed the reading transmission (lung) for his commentary on Nagarjuna’s Friendly Letter. Before Rinpoche began the reading transmission, Lama Jampa offered Rinpoche a Mandal Tensum for Rinpoche’s long life.

Rinpoche will now spend the winter in Canada before returning to Nepal in the spring. 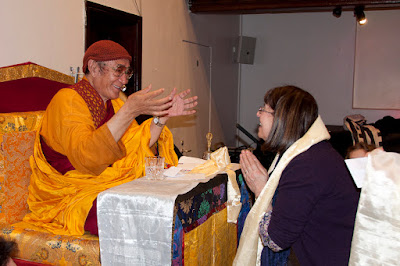 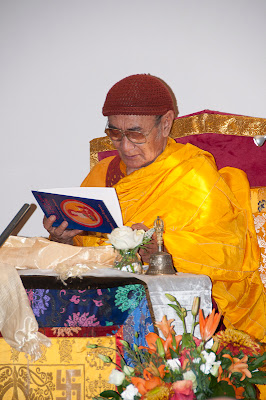