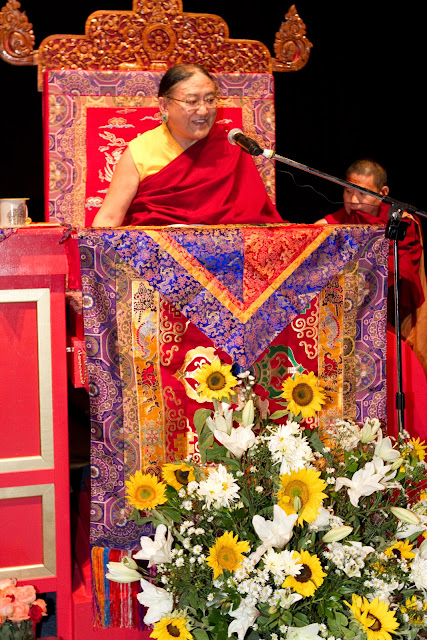 On Friday afternoon, 15 July, His Holiness Sakya Trizin, His wife, Gyalyum Kushog-la, His Son, Gyana Vajra Rinpoche, and entourage arrived in Mexico City. His Holiness was greeted by Lama Jampa Thaye and a local government official as He stepped off the plane and was then taken to a VIP lounge where He was welcomed by members of the Sakya Dolma Ling sangha.
On Saturday, 16 July, His Holiness taught the Zhenpa Zhidral to an audience of over 400 in the morning. The teachings were held in Polanco, an area of great prestige in Mexico City. In the afternoon, His Holiness bestowed the initiation of Manjushri from  the lineage of Bari Lotsawa to around 300 people. On the Sunday afternoon, His Holiness bestowed the Torma initiation of Vajrakilaya, again to around 300 people.
This was His Holiness’s first visit to Mexico. The visit was a great success, generating huge interest in His Holiness and the teachings of Sakya.
His Holiness will now be teaching in South America for a few more days until returning to San Fransisco on 30 July to complete His Western Hemisphere tour. 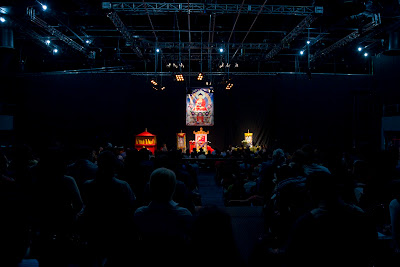 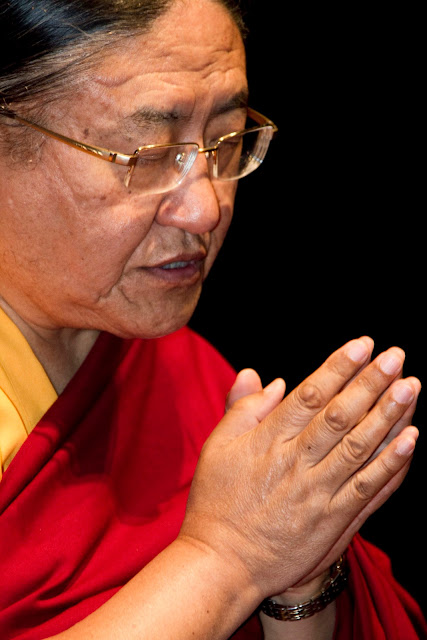 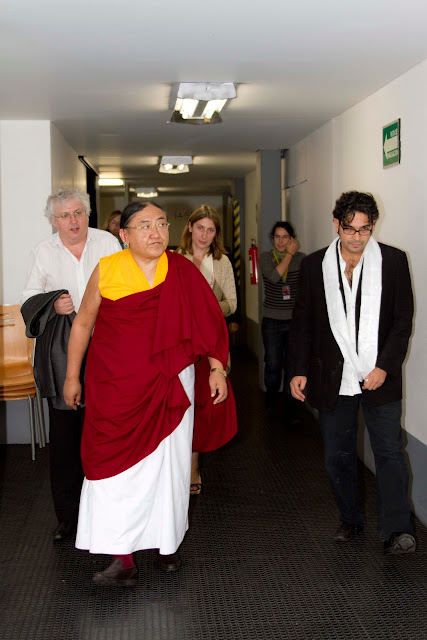