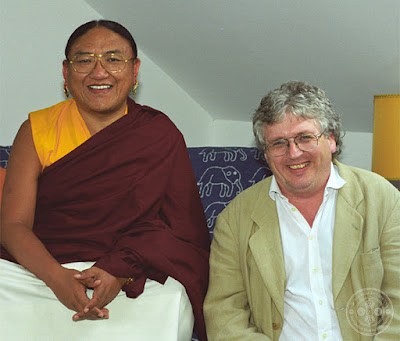 In late 1998 His Holiness Sakya Trizin visited our dharma community for the sixth time. On this occasion he was accompanied by His older son, H.E. Ratna Vajra Rinpoche, who had just finished his education at Sakya College in Rajpur. His Holiness bestowed the major initiation of Vajrakila from the Khon lineage and many students gathered to receive this profound teaching. Subsequently, His Holiness gave an extensive teaching on Parting from the Four Attachments. 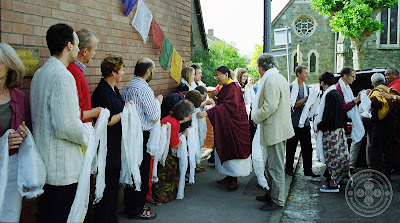 The second part of the programme took place at Sakya Goshak Choling, our group in Birmingham. There, His Holiness gave a talk attended by the general public and members of the city’s various Buddhist groups. His Holiness also found the time to give the initiation of Vajrapani Bhutamara to dispel obstacles. 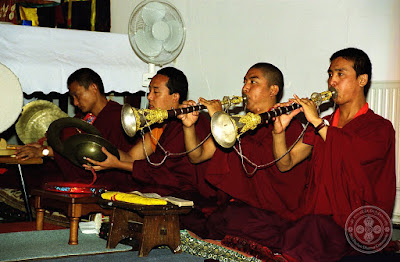