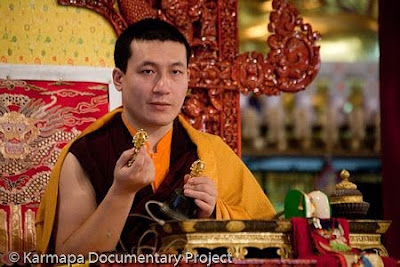 H.H. Karmapa returned to India in mid-September at the end of his successful European teaching tour. Since then His Holiness has been residing at KIBI in New Delhi.

At the end of November he presided over the Kagyu Monlam in Bodghaya and then returned to KIBI for the 20th Anniversary of its founding. Many leading Kagyu masters such as Shamar Rinpoche, Jamgon Kongtrul Rinpoche, Beru Chentze Rinpoche and Mipham Rinpoche were also present at this auspicious event.